Photographs of recent fires on display

Over the past few months I was able to photograph several of the fires around Santa Cruz County, including the fires at Quail Hollow, Martin Road, Trabing Road, and after the fact, some aerial images of those and the much larger Summit Fire. 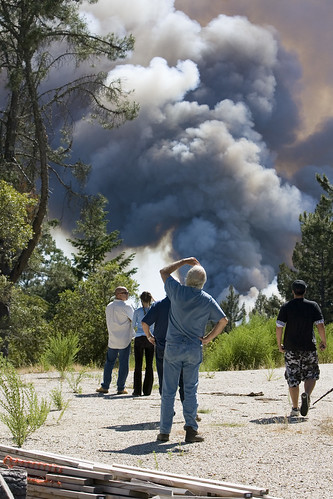 Additional images may be viewed at: http://fire.ddphoto.cc.

After sharing some of those images on Flickr, I was contacted by Kirby Scutter of the The Santa Cruz Institute of Contemporary Arts about a gallery show they had planned at the Mill Gallery in Santa Cruz.Â  I have provided them nine of my images and am looking forward to the show opening on Friday, August 1st.Â Â  The show will run through the month of August at:

Additional details on the show are listed below:

During the month of August the Santa Cruz Institute of Contemporary Arts is exhibiting a photo essay of the recent Santa Cruz Mountain and Big Sur fires in one of our downtown galleries with the goal of educating people about fires, their destructive nature and things that we can do to help prevent them. We are working with the local Fire Department in both outreach and guidance.

We are looking for photographers that have captured images of the fires and would be willing to share their photographs on the subject during the month of August. We have 30 photographers ranging from amateur to professional from the Flickr photography community contributing photographs. We had another exhibit scheduled for August, but due to the immediate relevance of the fires in Santa Cruz and California, we thought that this might be an opportunity to educate and enlighten people about fire. Photography has a way of allowing the viewer to see these fires from a more personal perspective.

This is a gallery exhibition during the month of August at the Mill Gallery in Santa Cruz, 131 Front Street. We are asking individuals in the community that have taken pictures of the various fires over the last several months to contribute to the exhibit. The show will run from August 1st until August 30th.

I look forward to your thoughts.